In response to the COVID-19 pandemic, many employees in both the public and private sectors have begun telecommuting. The resulting reduction in commuting hours and miles traveled on state highways has been staggering.

END_OF_DOCUMENT_TOKEN_TO_BE_REPLACED

Proprietary technologies, industry competition and federal regulatory concerns are slowing the advent of defined standards for connected and autonomous vehicles (CAVs). Researchers investigated the state of CAV implementation to help local agencies begin preparing for the infrastructure needs of these vehicles. CAV-friendly options are considered for eight infrastructure categories. Since truck platooning is the likely first application of this technology, and optical cameras appear imminent as an early iteration of sensing technology, researchers suggest that wider pavement striping and well-maintained, uniform and visible signage may effectively serve the needs of CAVs in the near future while enhancing infrastructure for today’s drivers.

END_OF_DOCUMENT_TOKEN_TO_BE_REPLACED 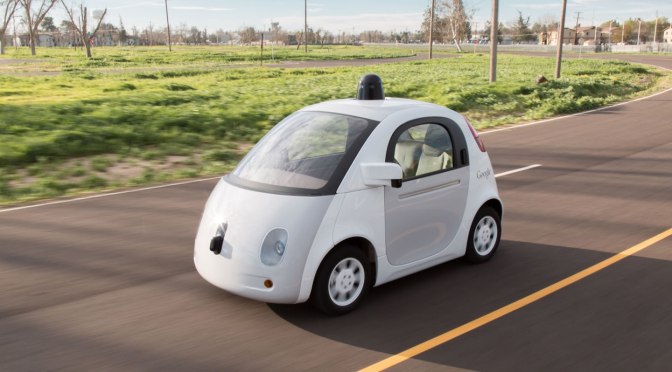 When it comes to creating the transportation system of the future, MnDOT is already doing its research and laying the groundwork for great things to come.

Among the topics Benham cited in his talk were the Internet of Transportation, unmanned aerial vehicles (drones) and 3-D printing, which MnDOT is already studying or even using.

In January, MnDOT Research Services published these papers in a report titled “The Transportation Futures Project: Planning for Technology Change.”

The report details how the transportation system can accommodate such imminent innovations as autonomous vehicles, mobile web services, mobility as a service, information and communication advances, infrastructure sensors and energy and fuel alternatives.

For example, researchers predict that driving faces near-extinction by 2040, when non-autonomous vehicles will no longer be allowed on public roads at most times. As a result, total transportation-related fatalities may drop 90 percent, road geometry, sightlines and other design priorities may shift, and capacity and speed limits will likely increase on most major roadways.

When it comes to drones, MnDOT is already conducting important research that the rest of the nation is closely following. Tara Kalar and Jennifer Zink from MnDOT, and Barritt Lovelace of Collins Engineers, spoke about their efforts at last month’s conference.

In November, researchers conducted a second research phase to test a more specialized drone at the Blatnik Bridge in Duluth that coincided with that bridge’s regularly scheduled inspection.

A few weeks ago, researchers secured funding to conduct a research implementation project that aims “to implement a statewide UAS (unmanned aircraft systems) bridge inspection contract, which will identify overall cost effectiveness, improvements in quality and safety, and future funding sources for both state and local bridges,” according to the project proposal.

Hanson spoke at the conference about his experience using 3-D printing to create a model of the Red Wing Bridge project that brought the project idea to life. According to Hanson, the model enhanced public engagement and informed preliminary design efforts for the bridge.

Partners, stakeholders and members of the public could see, touch and hold the 3-D printed models, which accentuated the project’s engagement process. 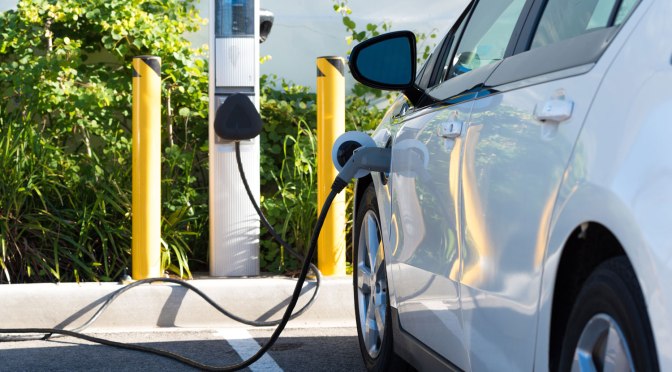 The mix of fuels used to power the vehicles on our nation’s roadways is diversifying rapidly.  While gasoline and diesel are still dominant, an increasing percentage of vehicle power is coming from alternatives such as biofuel, natural gas, and electricity. What could this shift mean for Minnesota’s transportation future? MnDOT and the Minnesota Local Road Research Board turned to U of M experts for analysis.

“The rise of alternative fuels is something we need to keep a close eye on, because it presents a number of issues that may significantly alter our state’s transportation system,” says Adam Boies, an assistant professor in the U of M’s Department of Civil, Environmental, and Geo- Engineering (CEGE).

Minnesota leads the nation in biofuel use, in part due to a series of legislative acts designed to encourage ethanol production and consumption. Boies predicts, however, that biofuel consumption in the state is near saturation and that future shifts will likely be between biofuels. “These shifts may alter the routes of heavy-goods vehicles in the state as refineries shift from corn and soy to fuels derived from agriculture wastes and forest byproducts,” he says.

If the price of natural gas remains significantly lower than diesel fuel, natural gas vehicles will likely make up an increasing share of the heavy-duty vehicle fleet in Minnesota. A larger natural gas refueling infrastructure will need to be developed, most likely by private organizations that manage fleets of vehicles. “As this happens,” Boies says, “efforts must ensure that natural gas vehicles and refueling infrastructure do not emit significant quantities of methane, which has a high global warming potential.”

Minnesota electric vehicle sales have lagged behind the nation—winter temperatures are one factor—but Boies expects the numbers to rise. He estimates 16 percent of new cars sold in Minnesota in 2035, and 56 percent in 2050, will be electrified. The growing numbers will require a more robust charging infrastructure, likely supplied or subsidized by government agencies, he says.

In the long term, on-road charging systems are being investigated. In these systems, under study in several countries, charging coils embedded within the roadway transfer power wirelessly to vehicles. “The systems could make electric vehicles drastically more efficient by reducing vehicle battery size,” he says.

Better vehicle efficiency is likely to continue the trend of falling fuel tax revenues. “Minnesota will need a method for producing revenues from electric vehicles to maintain long-term funding for the transportation road network,” he says. “Currently the higher price of electric vehicles results in increased revenues during vehicle registration, which tends to offset the difference in fuel tax revenues. However, as the price differential between electric vehicles and traditional vehicles shrinks, there will be decreased funding for Minnesota roadways unless additional revenue sources are found.”

Finally, emphasis on fuel efficiency in the light-duty and heavy-duty vehicle fleets will drive the weight of these vehicle segments in opposite directions. “Light-duty vehicles will get lighter and heavy-duty vehicle fleet operators will lobby for increased weight limits on Minnesota roadways to reduce the energy intensity of goods deliveries,” Boies says. “This growing disparity in weight between the two vehicle classes may require increased safety measures to reduce the severity of crashes between vehicle classes.”

“The question of how alternative fuels and electric vehicles will impact the transportation system, ownership models, and operating costs, as well as vehicle and driver safety, are extremely important topics to study,” says Ken Buckeye, MnDOT program manager. “The potential for these trends to impact our revenue streams is also very significant. When you couple those trends with the federal mandate for a CAFÉ standard of 56 mpg by 2025, we are likely to see some profound impacts that reach across modes, jurisdictions, and funding mechanisms.”

Boies’s research is part of a multi-pronged study funded by MnDOT and the LRRB that analyzed the technological shifts altering surface transportation and the implications for Minnesota. Other contributors included CEGE professor and principal investigator David Levinson and associate professors Jason Cao and Yingling Fan of the Humphrey School of Public Affairs. Their high-level white papers are compiled in a final report: The Transportation Futures Project: Planning for Technology Change.

Though no one can predict the future, thinking about how today’s changes may shape the future of transportation in our country is more important now than ever before.

“It’s critical that we understand the significance of things that are taking place and prepare for what may come,” said former Utah Department of Transportation CEO John Njord in the opening session of the 25th Annual CTS Transportation Research Conference. “For us to be relevant in the transportation business, at a minimum we have to be adaptable to change, and ideally we want to be leading change in the transportation industry.”

In his current position at Tom Warne and Associates, Njord has gained an in-depth understanding of the trends affecting the future of transportation in the United States while spearheading the Transportation Research Board’s “Foresight” project—part of the organization’s forward-looking NCHRP Report 750 Series. The project addresses a wide range of topics, including: What if the oil-fueled auto era ends and revenue from gas taxes dries up? What if engineering practices must be upgraded to ensure resiliency to natural disasters as global warming continues? What if technology such as self-driving cars eliminates or reduces the need for human drivers? What if tomorrow’s economy requires radically different freight patterns?

Perhaps most significantly, the project explores the possibility that Americans are losing their appetite for driving. Vehicle-miles traveled (VMT) per capita been dropping since 2004, without any signs of recovery. “It’s impossible to know whether that number will start growing again, stay flat, or continue to drop,” Njord said.

Other trends make the future outlook equally complex. In 50 years the United States will likely be home to 100 million more people, so even if VMT per person stays flat or declines, it’s likely total VMT will be larger than it is today. The population is also aging: by 2030, 20 percent of the population will be over 65 and will likely drive less. In addition, Millenials are staying home longer and waiting until later in life to get married and have children—all of which affects their travel behavior.

To help transportation planners consider all possible futures, the Foresight project encourages the use of multiple-scenario planning. “We need to begin considering all the possible scenarios and generating plans that are independent and distinct from one another,” Njord advised. “The act of thinking about these things is fundamentally important, because the shift that is now taking place means we’re going to have to do things much differently in the next 50 years than what we’ve done in the past 50 years.”

Following Njord’s presentation, a panel of experts discussed how the the Foresight project could relate to what’s happening in the Twin Cities region. An article summarizing their comments is available in the July issue of Catalyst.