In response to the COVID-19 pandemic, many employees in both the public and private sectors have begun telecommuting. The resulting reduction in commuting hours and miles traveled on state highways has been staggering.

END_OF_DOCUMENT_TOKEN_TO_BE_REPLACED 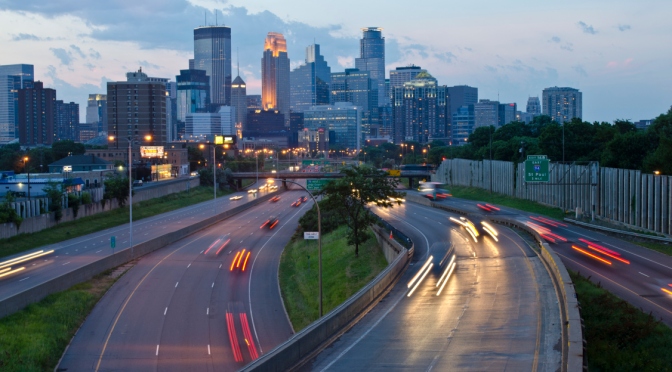 A recent report issued by the U.S. Census Bureau looks at commuting patterns by U.S. workers in 2013 using data from the American Community Survey. It highlights differences in rates of automobile commuting by key population characteristics such as age, race, ethnicity, and the types of communities in which workers live.

One finding of note: young people in big cities were much less likely to drive to work in 2013 than they were several years earlier. For instance, urban workers aged 25 to 29 showed about a 4-percentage-point decline in automobile commuting between 2006 and 2013.

You can also find an extensive analysis of commuting behavior that was produced locally. In a recent multifaceted study sponsored by the Metropolitan Council and MnDOT, U of M researchers analyzed travel behavior over time in the Twin Cities.

The extensive five-part study report is based on the rich set of data produced by the Met Council’s Travel Behavior Inventory household travel survey. David Levinson, RP Braun/CTS Chair in the U’s Department of Civil, Environmental, and Geo- Engineering, was the study’s principal investigator.

The five components of the report examine: