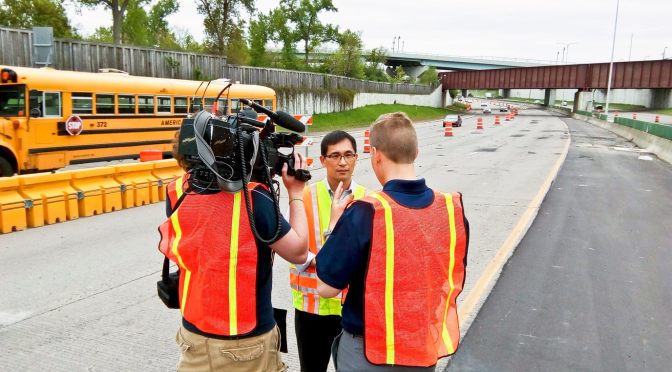 A new app that sends warning messages to drivers as they approach work zones was featured on KARE 11 News on Thursday. The app was developed by U of M researchers in a project sponsored by MnDOT.

The app works by pairing with Bluetooth low-energy tags placed in work zones, triggering audio warnings in smartphones that are within their range. This allows drivers to get a warning message without having to look down at their phones—or at warning devices such as changeable message signs outside their vehicles. And if a driver is being distracted by their phone, the app will interrupt whatever they are doing to provide a warning that a work zone is up ahead.

U of M researchers Chen-Fu Liao and Nichole Morris, who worked on the project, are interviewed in the story, along with Ken Johnson, work-zone, pavement marking, and traffic devices engineer at MnDOT.