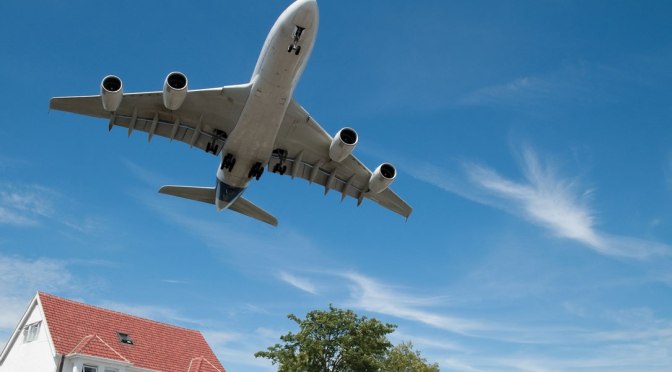 Nearly every time a highway or airport expansion is proposed, transportation planners face opposition from residents who fear the increased noise levels in their homes and businesses. Traffic noise is often mitigated with physical noise barriers, but the large, thick walls often draw opposition as well.

Noise enters homes close to airports and highways primarily through windows, and windows can transmit ten times the sound energy as walls can, says Rajamani. With this in mind, researchers set out to reduce the amount of transportation noise transmitted through windows.

The research team began by designing thin, transparent speaker panels to fit in the empty space between the two panes of a double-pane window. Then, the researchers tested the effectiveness of the new speakers, using them to cancel out undesirable transportation noise from outside the home while preserving the desirable noise from inside the home.

In addition to mitigating traffic noise, this new technology offers other surprising benefits. Researchers have found that the “smart window” speakers can actually be used as home audio speakers without losing any of their noise-control benefits.

Read the full article in the February issue of Catalyst.