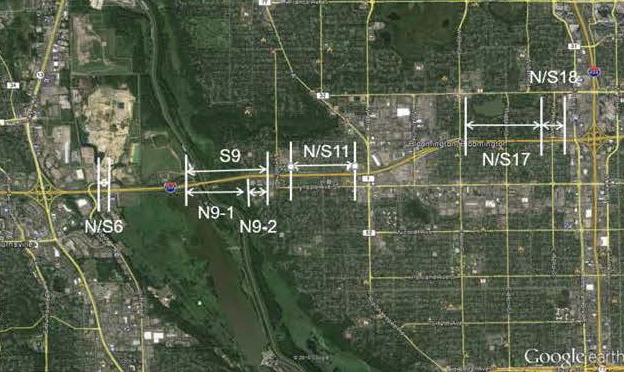 An analysis of crash data revealed that congestion-related improvements implemented on I-35W in the Twin Cities did not introduce additional safety risks. When installed strategically, improvements like priced dynamic shoulder lanes can alleviate congestion and improve safety for motorists.

“Rather than just conducting a before-and-after analysis of crashes, we also wanted to compare the expected crash rate based on changes in traffic conditions,” said Brian Kary, Freeway Operations Engineer, MnDOT Metro District.

“Probably the most significant finding was that rear-end crash risk shows an inverted U-shaped relation to lane occupancy,” Gary Davis, Professor, University of Minnesota Department of Civil, Environmental and Geo-Engineering.

Davis served as the study’s principal investigator, and Kary was the technical liaison.

The Urban Partnership Agreement (UPA) is a federally funded program managed by the Federal Highway Administration to explore ways to reduce congestion on urban freeways. The Twin Cities area was one of four urban areas selected to test several innovative technologies through the UPA. These included high-occupancy toll (HOT) lanes, engineered revisions to ramps and auxiliary lanes, and a priced dynamic shoulder lane (PDSL) system on segments of the Interstate 35 West (I-35W) corridor. Work on implementing these innovations in the Twin Cities ran from spring 2009 through fall 2010.

MnDOT may decide to incorporate selected innovations, including the conversion of bus-only shoulder lanes to PDSLs, in other corridors. Decision-makers needed to better understand the safety-related benefits associated with the UPA improvements.

The goal of this project was to compare the incidence of crashes occurring on I-35W before and after implementation of the UPA improvements. Researchers wanted to determine whether any increase in crashes was due to the installation of the PDSLs or to other changes in the transportation network.

Researchers started by compiling data files on variables such as traffic volume and lane occupancy, weather conditions, and the presence or absence of UPA improvements for the relevant portions of I-35W. A second set of data was prepared using the Minnesota Crash Mapping Analysis Tool (MnCMAT) to identify crashes that took place on I-35W from 2006 to 2008 and from 2011 to 2013, the three years before and after the UPA project.

Investigators established three regions — HOT, Crosstown and PDSL — and divided each region into sections so that traffic demand and lane geometry would be constant within a section.

The data files were analyzed to determine the likelihood of a rear-end crash based upon the time of day, traffic volume, weather and other conditions.

The analysis indicated that the increase in crashes on the most analyzed sections of I-35W was not likely the result of installation of PDSLs and other UPA improvements. A noted increase in crash rates was instead tied to reconstruction work that removed a bottleneck in the Crosstown Commons area, where I-35W shared right of way with Trunk Highway 62 (TH 62). There were some exceptions, however. Fewer crashes occurred on a section of the freeway south of I-494 during both study periods. An increase in rear-end crash risk north of the Minnesota River was due to weather and traffic conditions. In addition, researchers identified an inverted U-shaped relationship between lane occupancy and crash risk along several sections of the I-35W study area.

The findings supported the contention that PDSLs, when installed strategically, are safe and can provide transportation departments with an additional resource for managing congestion and improving traffic conditions along the Twin Cities freeway network.

Installation of PDSLs in the corridor did decrease the bottleneck at TH 62, but the improvement literally moved the problem down the road by creating a new bottleneck close to downtown Minneapolis.

From the MnCMAT database, the research team found 5,545 records of various types of crashes that took place from the beginning of I-35W to the I-35W/I-94 junction during the two three-year study periods. Rear-end crashes were by far the most prevalent type of crash, with 1,513 recorded before the UPA improvements and 1,657 during the three subsequent years.

Researchers encountered some challenges in preparing the data files for analysis. Careful screening of loop detector data was needed to identify questionable statistics and required a review of individual crash reports to verify crash locations.

Through this research, MnDOT gained valuable insights into the impact of the UPA improvements on crash incidents along areas studied on the I-35W corridor. The methodology employed supports using PDSLs on other sections of the freeway network.