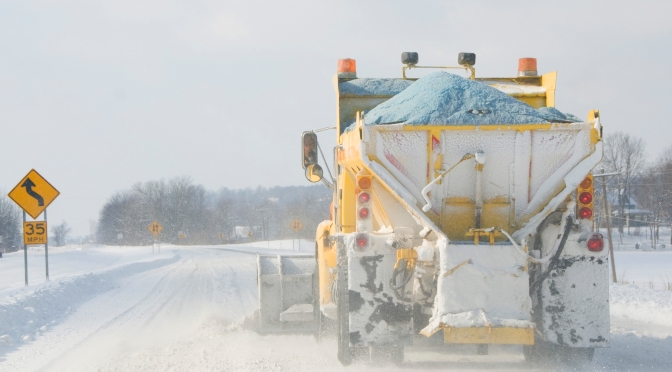 Being able to accurately and reliably estimate traffic conditions during snow events is critical to transportation agencies. Typically, state DOTs use measurements such as “time to bare pavement”—based on the visual inspection of plow drivers—to gauge the progress of snow operations. These estimates are limited, however, by the subjectivity and inconsistency of human-based measurements.

Now, new research sponsored by the MnDOT and led by University of Minnesota Duluth civil engineering professor Eil Kwon aims to take the guesswork out of assessing traffic conditions during winter weather events.

“Dr. Kwon’s research on a new approach to snow and ice performance reporting is exciting,” says Steve Lund, state maintenance engineer and director of the Office of Maintenance at MnDOT. “For quite a few years, MnDOT snowfighters have been reporting their performance through a visual review of the roadway conditions. Our snowfighters have a tough job—automating the performance reporting will remove that task from their duties. Also, looking at traffic returning to a ‘normal’ condition is truly the ultimate goal or outcome measure, and where we want to go.”

In the first phase of this project, researchers developed a prototype process that uses data on traffic speed, flow, and density collected by loop detectors in the Twin Cities metro area to estimate the point at which traffic patterns return to normal—an indicator that the roadway surface has “recovered.” In the newly published second phase, researchers further analyzed the traffic flow patterns during snow events under normal and snow conditions and refined the earlier prototype into a traffic-data-based measurement process for snow operations.

“We found that by comparing the variation patterns in traffic flow during a snow event with those during normal weather conditions, we could successfully identify the recovery status of the traffic flow at a given location,” Kwon says.

Based on their findings, the researchers developed a new process to identify the Normal Condition Regain Time (NCRT)—as an alternative to the traditional “time to bare pavement” measurement used to gauge the progress of maintenance operations during a winter weather event.

One advantage of the new process is that it can reflect how road surface conditions affect traffic flow differently during day and night periods. “Nighttime traffic flow patterns are substantially different from those during daytime periods,” Kwon says. “We identified normal traffic patterns separately for daytime and nighttime conditions to account for these differences in estimating the recovery status.”

“There is a lot of potential to use these findings to make snow operations even more effective and efficient,” Kwon says. “For example, the analysis of the relationship between the NCRT measures and operational strategies such as plowing start time and methods could help further refine MnDOT’s winter maintenance strategies.”

For more information, download the technical summary (PDF) or the project’s final report.