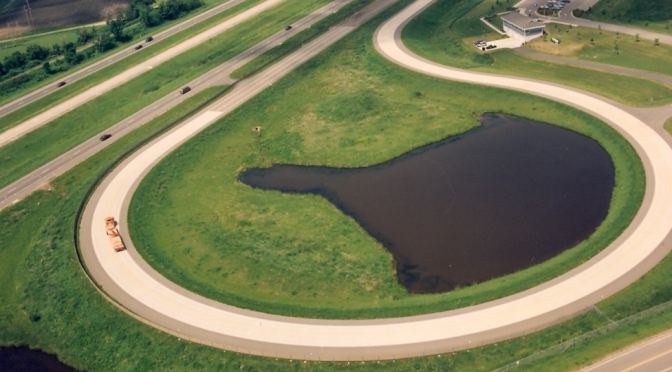 Staff from MnROAD, the Minnesota Department of Transportation’s cold weather road research facility in Albertville, Minn., were presented with the Marlin J. Knutson Award for Technical Achievement by the American Concrete Pavement Association in December.

The award cites the facility’s well-deserved reputation for being a place where both agency and industry ideas are put to the test. This award was presented as a tribute to the agency’s commitment to learning and putting ideas into practice.

The Marlin J. Knutson Award for Technical Achievement is presented to an individual or group who has made significant contributions to advance the development and implementation of technical innovations and best practices in the design and construction of concrete pavements.

“MnROAD is helping to make roads last longer, perform better, cost less, construct faster, and have minimal impact on the environment,” said Gerald Voigt, ACPA president and CEO. “It is a model for other agencies to follow.”

MnROAD is a pavement test track initially constructed between 1991-1993. It uses various research materials and pavements and finds ways to make roads last longer, perform better, cost less to build and maintain, be built faster and have minimal impact on the environment. MnROAD consists of two unique road segments located next to Interstate 94.