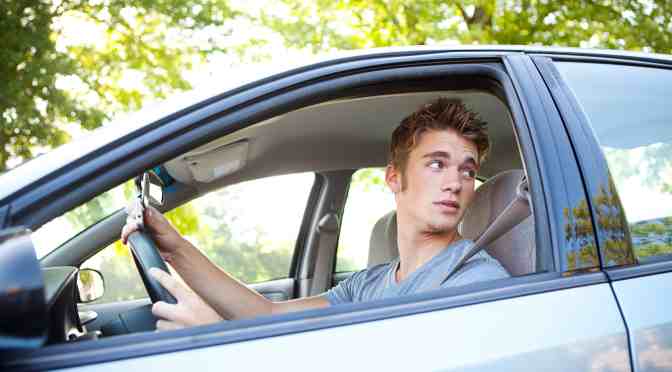 This article was originally published in Catalyst, August 2020.

“We wanted to build on the original TDSS study, in which we deployed a novel technology to 300 Minnesota teen drivers in their first year of independent licensure,” says Nichole Morris, director of the U’s HumanFIRST Laboratory and the project’s principal investigator. “Through that study, we were able to show the value of a low-cost technology for teens in their most vulnerable year of driving.”

In the original study, teens were divided into three groups: TDSS, TDSS+, and a control group. Drivers in the TDSS group received real-time visual and auditory feedback about risky behavior through a smartphone mounted on their vehicle’s dashboard. The TDSS+ group received nearly identical in-vehicle feedback, but the system also notified drivers’ parents of detected risky behavior. The control group received no coaching. Results at the time indicated an overall safety benefit of TDSS, demonstrating that in-vehicle monitoring and feedback, especially when coupled with parental notifications, was a meaningful intervention to reduce the frequency of risky driving behaviors.

In the new five-year follow-up investigation funded by the Minnesota Local Road Research Board, researchers aimed to establish the TDSS’s long-term outcomes. To do so, the team contacted participants from the original 2013 study, successfully recruiting 150 people into the follow-up study. These individuals provided information about their driving history, behaviors, and attitudes and granted researchers permission to request their crash and citation records. Researchers also performed a new analysis of the 150 participants’ original driving performances and divided them into low-, moderate-, and high-risk behavior categories.

“Once the participants were divided into risk categories based on the original study data, we were able to see clear differences in distributions across those categories for the three experimental groups,” Morris says. “Namely, the control group had the highest proportion of high-risk events and the TDSS with parental alerts group had the lowest.”

Following their re-examination of the original study data, researchers used state traffic citation and crash record data to examine the relationship between early risky driving and long-term safety outcomes such as traffic violations and crashes. Findings show that young drivers in the moderate- and high-risk groups for almost all risky measurements were significantly more likely to have a ticket five years later than those in the low-risk group.

The sample size of crashes among these drivers was too small to determine if the TDSS intervention had any impact on crash rates. However, Morris says that sampling the participants again in an additional five years could improve researchers’ ability to capture differences in crash outcomes across the three experimental groups.

Overall, study results indicate that the TDSS provided reliable detections of risky behaviors under different driving conditions—and that such behaviors may serve as sensitive indicators for the risks of later involvement in a traffic violation event.

“These findings suggest that the use of real-time, in-vehicle coaching systems such as the TDSS may be effective for improving the safety of younger drivers, in both short- and long-term metrics for risky driving,” Morris says.