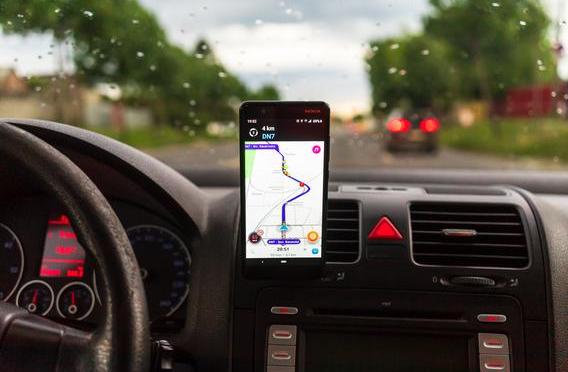 This article was originally published in Catalyst, November 2021.

With the improvements made to their lane-departure warning system, U of M researchers are one step closer to preventing highway crashes and deaths. In a recent project, the research team enhanced its lane-departure warning system, which uses standard GPS data rather than expensive cameras or maps—moving toward an affordable, market-ready product to warn drivers about dangerous lane drift due to drowsiness or inattention.

“We know that lane-departure crashes are the greatest contributor to traffic fatalities in the US, with nearly 60 percent of fatal crashes on major roadways caused by drivers who unintentionally drift off the roadway or into another lane,” says Imran Hayee, a professor with the University of Minnesota Duluth’s Department of Electrical Engineering and the project’s lead investigator. “To achieve Toward Zero Deaths goals, we need lane-departure warning systems that are inexpensive and available to all drivers.”

The new research builds on an earlier project funded by the Minnesota Department of Transportation and the Local Road Research Board (LRRB) that produced an affordable, readily available smartphone-based lane-departure warning system. The lane-departure warning system’s initial design used open-source digital maps and standard GPS information, and it functioned very well in road testing. While that system showed great potential, it sometimes activated when no lane departure had occurred. The goal of the latest project, funded by the LRRB, was to resolve the issue of false positives while further developing the system for commercial implementation.

“The system we had previously developed was innovative because it used widely available, inexpensive data sources to detect lane departure, as opposed to the costly and often unreliable camera-based systems that many currently available lane-departure warning systems rely on,” Hayee says. “We knew that if we resolved the issue of the false alarms, our design would be nearing market readiness.”

After a closer look at the reasons behind the false-positive warnings, researchers determined a possible cause was the inherent lateral error of the low-resolution maps. To address this issue, researchers developed a new method for estimating a vehicle’s lateral shift using the vehicle’s past trajectories instead of low-resolution maps. If the vehicle had not traveled the road before, the research team developed an alternate method of estimating lateral shift using vehicle-to-vehicle communication with other cars on the same road.

The new method of determining a vehicle’s roadway position reduced the number of false alarms to essentially zero. In field tests, more than 1,000 lane changes were accurately detected and no false alarms were observed.

“Without using cameras or high-resolution digital maps, this system’s novel algorithm can accurately detect drivers’ unintentional lane departures and sound a timely warning,” Hayee says. “These encouraging results have paved the way toward its possible integration into popular smartphone apps, such as Google Maps or Waze.”

A patent for the innovative lane-departure warning system has now been filed, and the implementation stage has already been approved. Next, researchers plan to develop a smartphone app as a marketable end product; this will make it a strong candidate for integration with widely used mapping apps to allow the use of vast amount of existing data from road users.