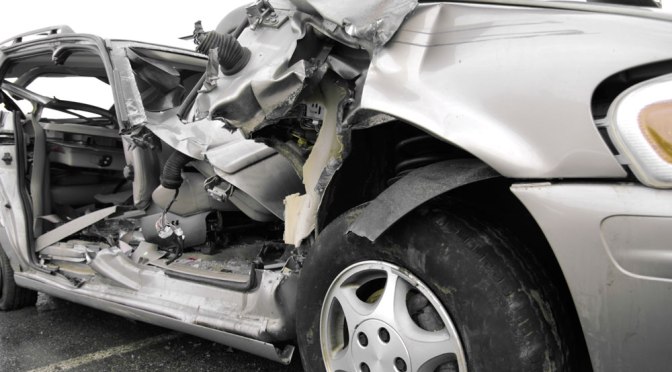 The data collected at the scene of a crash by law enforcement officers are important for more than just drivers and their insurance companies. The information is also used on a much larger scale by state agencies and researchers to analyze and evaluate crashes, trends, and potential countermeasures.

“Big decisions get made based on that data—million-dollar decisions,” says Nichole Morris, a research associate at the U of M’s HumanFIRST Laboratory. “So you have to be sure that what goes in to that report is high quality and reflects what actually happened at the scene of the crash.”

As part of an effort to improve this data quality in Minnesota, Morris is leading a team of HumanFIRST researchers in a project to redesign the electronic crash report interface used by law enforcement officers. The team’s goal is to create a new interface that improves the accuracy, speed, reliability, and meaningfulness of crash report data. 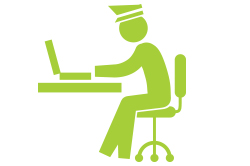 The project is occurring in conjunction with a redesign of Minnesota’s crash records database and is being sponsored by the Traffic Records Coordinating Committee (TRCC) at the Minnesota Department of Public Safety (DPS) and by MnDOT.

“In industry, they do this work all the time, looking at usability and design. But when you think about what a state does in terms of usability, nothing like this to our knowledge has ever been done. This makes it a very exciting and revolutionary project for Minnesota,” Morris says.

In the first phase of the project, the researchers completed a human factors analysis on the existing crash report interface to identify potential problem areas. This included a step-by-step task analysis and in-depth interviews with law enforcement officers.

During this process, the researchers identified several areas they hoped to improve. For instance, they wanted the new interface to be smarter, making better use of autofill features to reduce the amount of manual data entry.

Following the analysis, the team built two versions of a mock crash report interface for usability testing: a wizard and a form. In both versions, the researchers added decision aids to ease usability. They also significantly improved the system’s autofill capabilities, reducing the ratio of officer to system data entry from 6:1 to nearly 1:1.

The researchers then conducted four rounds of usability testing with law enforcement officers for both the wizard and the form. Results were split: half the officers preferred the wizard and half preferred the form. Because of these findings, the TRCC is planning to build full versions of both, Morris says, which will allow officers to use the version they prefer.

Going forward, the researchers plan to make a few more adjustments to the research prototype before handing it off to the state vendor, Appriss, which will build the new system. The team will then work collaboratively with Appriss to complete additional beta and usability testing before the new interface launches in January 2016.

“The results of the HumanFIRST prototypes are being combined with the vendor’s prior experience for a best-of-breed approach,” says Kathleen Haney, traffic records coordinator at DPS. “This is a fantastic project, and the results will be relevant for years to come.”

Read more about the project in the December 2014 CTS Catalyst.