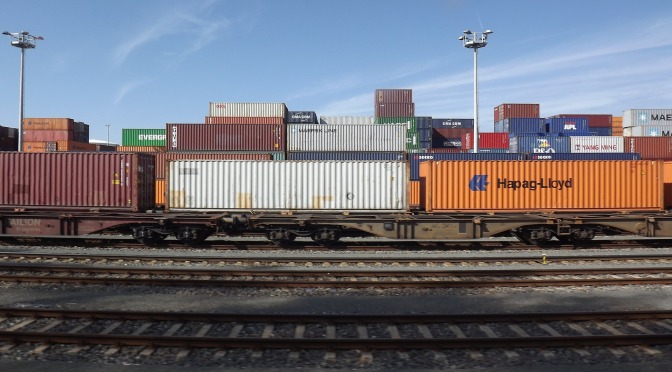 This article was originally published in Catalyst, February 2021.

Among the attendees at the Center for Transportation Studies Freight and Logistics Symposium in December, 44 percent expected to add staff to their organization in 2021, according to a live poll conducted by keynote speaker Joe Mahon. Another 39 percent of respondents expected staffing to remain steady.

Mahon, regional outreach director with the Federal Reserve Bank of Minneapolis, kicked off the 23rd annual symposium, which focused on freight demand and capacity during the COVID-19 pandemic. He connected with an audience of nearly 200 via Zoom through instant polling and by fielding questions about his macro-level overview of the regional and national economy.

To no one’s surprise, Mahon noted that the US economy experienced a sharp downward plunge in March when the pandemic first began. Gross domestic product declined by a record amount—a little more than 30 percent—and recovery has been slow with fits of volatility. But not every sector has been affected in the same way, and there are signs of hope ahead, particularly with news of a vaccine.

“What happens with the course of the virus over the next six months is really crucial,” Mahon stressed. “We’re just not going to see robust recovery in the economy until people feel safe going out in public and spending money.”

Following Mahon, a panel of representatives from different sectors of the freight industry and government also reported seeing volatility, but with distinct variations depending on the type of business.

In the rail sector, for instance, intermodal business began increasing after a year of decline as international e-trade boomed and restocking picked up. John Gray, senior vice president of policy and economics at the Association of American Railroads, said November 2020 ended up being the best November on record for intermodal shipping. Gray said he expects these trends to continue into 2021.

The housing market also has been one of the bright spots in the economy. Mike Sheef, logistics manager with the Minnesota-based window manufacturing company Marvin, said business began rebounding in May from a precipitous early pandemic fall and has stayed high ever since. Sheef expected the business to reach its goal of 10 percent growth by the end of 2020.

Deb Deluca, executive director of the Duluth Seaway Port Authority, reported seeing a mix of results. Iron ore and coal are closely linked to the production of auto parts, and by October, the year-to-date cargo rates relative to 2019 were down 27 and 45 percent, respectively. Wind turbine cargo, however, saw a banner year. “We really smashed last year’s record,” Deluca said.

The trucking industry has had some problems. Robert Costello, chief economist for the American Trucking Association, said that capacity has tightened and trucking rates are increasing as fleets go out of business and the number of new drivers entering the field slows down.

Patrick Hessini, vice president of transportation and logistics for CHS, said the largest agricultural cooperative in the US experienced dramatic shocks to its supply chains, followed by a demand shock. In response, the cooperative reshuffled drivers and adopted new safety procedures to ensure everyone stayed employed, busy, and healthy.

“I just cannot state enough how impressed I’ve been with our team members and all front-line employees,” Hessini said. “Our supply chains have become much more resilient.”

To conclude, many of the panelists expressed cautious optimism for 2021. “Obviously 2020 was a chaotic year for everyone,” said panel moderator Dan Murray, senior vice president for the American Transportation Research Institute (ATRI). “The data we’re seeing at ATRI is that things are picking up. We hope that continues into 2021.”